NFL players come in different sizes and shapes. While most people focus on finding the tallest and most gigantic NFL players globally, it is time to focus on players who have broken the bias.

These players might be small, but they have defied logic and proven that skills beats height. Even though height and weight give you leverage in the NFL, they should not be used to define a player or stop them from enjoying the game.

The average height for running backs is 6 feet, while the defensive players are mostly  6’4. Please look at some of the NFL players who made a name for themselves although they are shorter than what’s the norm in the game.

Jack Shapiro goes down in history as the shortest NFL player at only 5-foot-1. He only played one professional game for the Staten Island Stapletons in 1929.

He stayed for about five games but never achieved star status. Fortunately, he set a path for other short players and showed them they can play the game they love and join a winning team.

Trindon Holliday will be remembered for two reasons. First, his height as he is one of the few players under 5 feet 6 inches, and his speed and swiftness in the game. He stands tall at 5feet 5 inches.

Holliday played for the Denver Bronco against the Baltimore Ravens in 2013, where he set a record for the longest punt return touchdown. In the 4th quarter, he topped with a long kickoff return score.

By Bely Medved – This file has been extracted from another file, CC BY-SA 2.0, Link

Darren Sproles is perhaps one of the most-loved shortest players in the NFL. Despite being a mere 5-foot-6, Sproles has had a very successful football career.

He might have lacked height, but his toughness and focus compensated for that and propelled him to success.

He is one of the best running backs in the NFL, playing as a receiver, runner, and kick returner. He has a Super Bowl ring with three Pro Bowl selections.

Being 5ft 6in, weighing 181 pounds, did not stop Cohen from playing the tough running back position in the NFL. He was drafted by the Chicago Bears in 2017 and quickly made a name for himself on offence.

He also went ahead to be a Pro Bowl and AP All-Pro Team selection. He is also known as the shortest player in the NFL to throw a touchdown pass in around 100 years.

Rodgers is remembered as one of the most amazing talents in the NFL. He proved his prowess playing as a running back in college despite being 5ft 6in.

Rodgers weighs 200 pounds and is a well-built runner with a great mix of quickness, power, and speed.

He has rushed for more than 2,000 yards in his NFL career, surpassing most taller players. 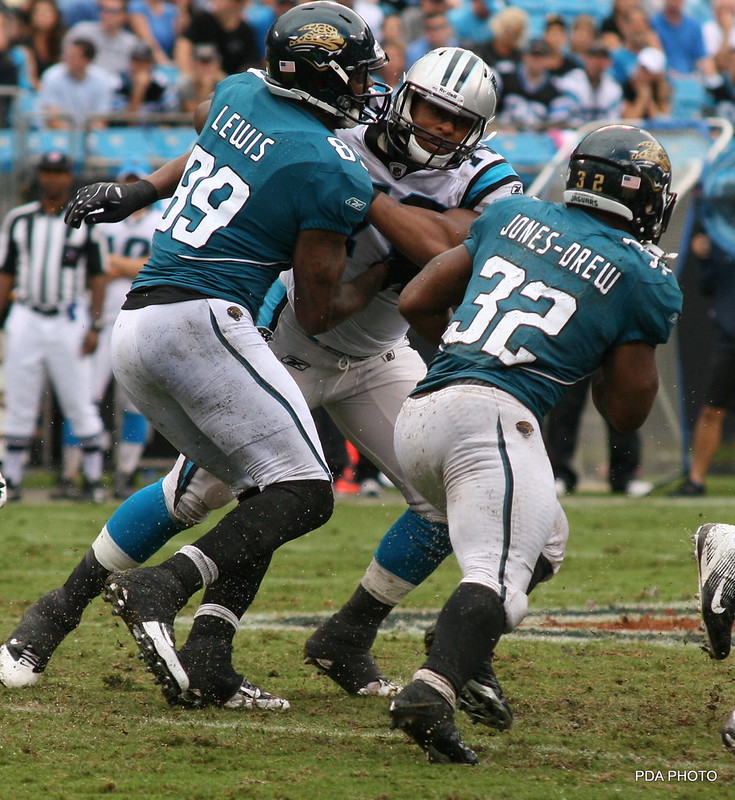 MJD, as he is popularly known, was a powerful running back who has played in the NFL since 2006. At 5-foot-7, weighing 210 pounds, MJD was very fast, making him Jacksonville Jaguar’s top player for eight seasons.

Before retiring in 2014, he had three Pro Bowl bids, two first-team All-Pro selections, and cracked the top 50 all-time leading rushers in NFL history.

On average, an NFL wide receiver should be around 5’11-6’2 tall, meaning guys who cover them should be taller.

However, Mark broke the bias with his size, speed, and agility to cover wide-receiving plays. McMillian played for eight seasons, standing 5-foot-7 tall and weighing roughly 150 pounds, overshadowing other receivers.

Devin Singletary was drafted in 2019 by the Buffalo Bills, even though he is only 5-foot-7. He joined during the third round and  played well as Cole Beasley’s teammate. They have had great gaming chemistry since he joined.

Singletary height has not stopped him from finishing the 2021 season with 188 rushes for 870 rushing yards and seven rushing touchdowns.

Just because an NFL player is short doesn’t mean they won’t perform as well as their taller counterparts. Despite being 5 feet 8 inches tall, Bob Sanders has managed to keep up with taller players and propel his team to victory.

He played the safety position, pushing over bigger receivers aggressively. Such tactics explain why he suffered multiple injuries throughout his career.

Cole Beasley was signed by the Dallas Cowboys in 2012 as a wide receiver and an undrafted free agent. The 5ft 8in sportsman weighs roughly 174 pounds, making him an excellent sportsman.

He has played in the NFL for more than ten years, seven with Dallas and the remaining three with the Buffalo Bills. He has 550 catches, 5,709 receiving yards, and 34 receiving touchdowns in 149 games. 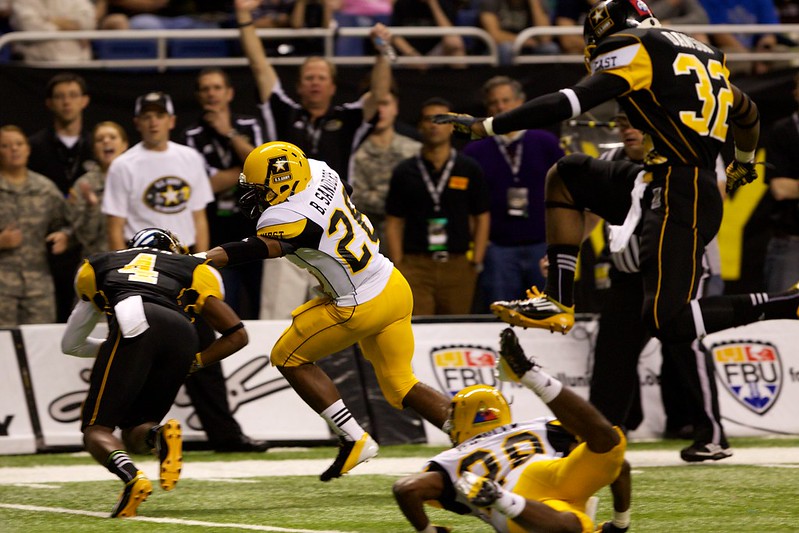 Today, the average NFL running back is slightly under 6 feet tall, meaning it is pretty uncommon to find one who is 5-foot-8. He is known for being short with shake-and-bake moves that left defenders running out of air.

He has earned more accolades than most players and holds the 4th most rushing yards. He has played 10 Pro bowls and was inducted into the NFL Hall of Fame.

Tyrann Mathieu was only 5-foot-9, weighing 190 pounds, when he signed up with the Arizona Cardinals in 2013.

The defensive back is a three-time Pro Bowl and three-time All-Pro safety, a Super Bowl champion, and one of the Hall of Fame teams of 2010.

At only 5-foot-9, weighing 195 pounds, Ray Rice was an excellent running back drafted in the second round of the 2008 NFL Draft by the Baltimore Ravens.

Even though his career did not last long, he was one of the best players on the field. He spent six seasons in the NFL and was one of the running backs in his time. 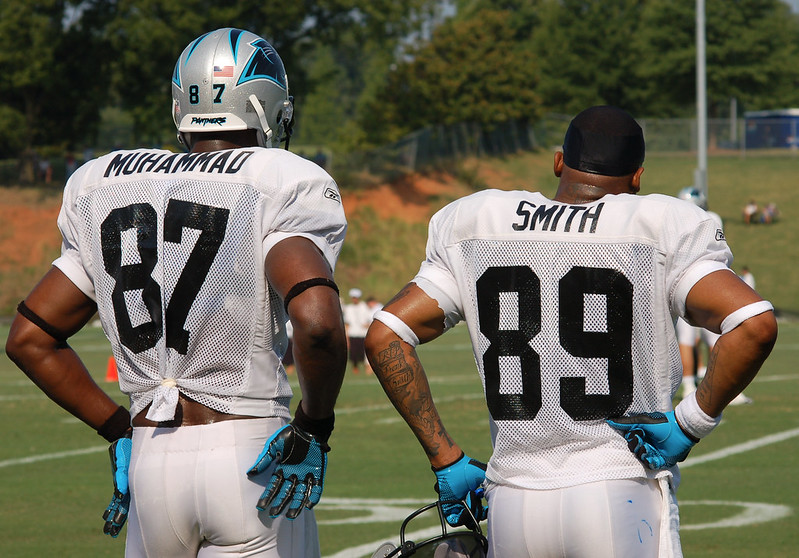 Even though most short NFL players were reserved for running backs, Steve Smith was the first wide receiver to be under 5ft 11.

At only 5ft 9in, Smith is known for winning catches, breaking tackles, and overpowering defenders. He played for 16 seasons and earned five Pro Bowl nods and two first-team All-Pro bids.

Mark Ingram Jr. is 5 feet and 9 inches tall, making him one of the shortest running backs. In his initial draft, he played for the New Orleans Saints, being the 28th overall pick in the 2011 NFL Draft.

In the third round, the San Francisco 49ers drafted Frank Gore in the 2005 NFL draft. Standing at 5-foot-9 and weighing 212 pounds, Gore compensated for his size with power and longevity.

Wes Welker was one of the most talented yet underplayed NFL players on the Dolphin’s team in the beginning seasons of his career.

At 5-foot-9, Wes played with Tom Brady and Peyton Manning, proving his worth as a productive and reliable player. He managed 5 Pro Bowls and led the league in receiving thrice.

Short defenders always match perfectly with well-built receivers. Dominating them is another thing, and that is what Winfield achieved in his 15-year career.

At only 5-foot-9, Winfield was a powerful tackler, winning three Pro Bowl bids in an illustrious career.

DeSean Jackson may not be too short for a wide receiver at 5-foot-10. The Philadelphia Eagles drafted him in the second round of the 2008 NFL Draft.

He is a three-time Pro Bowl receiver who is somewhat smaller than most receivers. He has the awareness, speed, and hands to get the job done.

He has recorded over 1,000 receiving yards and two touchdowns in five of his initial nine seasons.

Kyler Murray might not be too short for a quarterback, but he is one of the shortest NFL players. He is only 5 feet 10 inches tall and has had an impressive career.

Murray managed to win the Heisman Trophy playing in Oklahoma for being the best college football player.

Elvis Dumer could be a few inches taller than any average guy, but he is shorter than most of his NFL players.

He is famously known as Doom and is one of the few outside linebackers in the NFL to be under six feet tall. Dumervil is only 5-foot-11, and he used his height to his advantage with offensive tackles.