A yacht, like private planes, is a property that is always associated with the super-rich—once you’re super-rich, you’re expected to have a beautiful yacht among your other assets. However, yachts come in a variety of shapes and sizes, and almost anyone can own one.

A yacht is essentially a sailing or power vessel that is used for pleasure, cruising, or racing. Because there is no official definition, the word refers to vessels with a cabin and amenities that allow for overnight use. 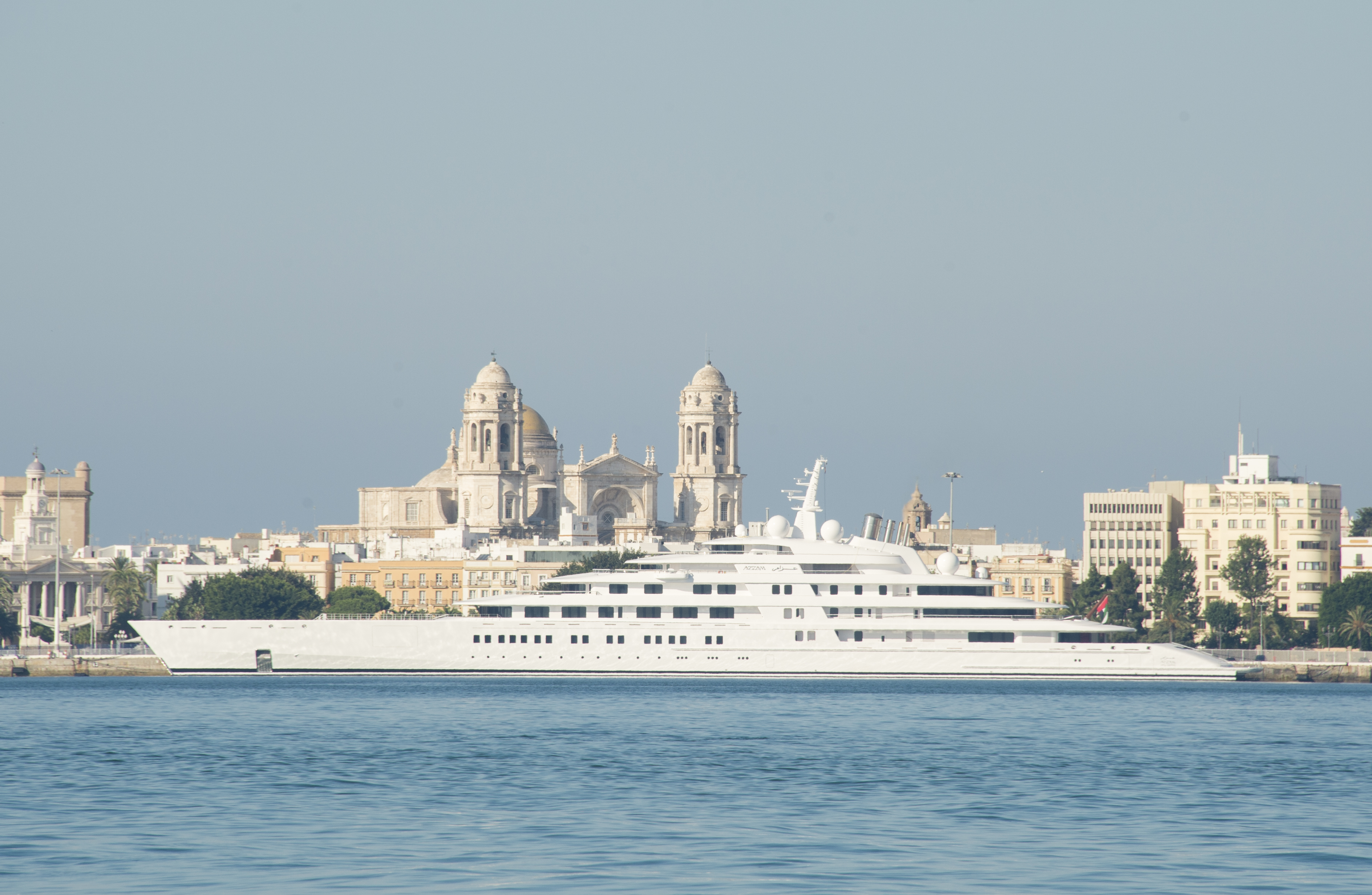 Azzam is a private superyacht built by Lürssen Yachts in Germany. On April 5, 2013, Azzam was introduced. At 180 meters (590 feet) in length, it is the longest private motor yacht in the world.

The yacht was completed in three years after a year of engineering, according to Superyacht Times, which is a record building time. Azzam is capable of traveling at fast speeds in shallow water.

Since her completion in 2016, the amphibious transport ship Fulk Al Salamah (‘Ship of Peace’) has been in service with the Royal Navy of Oman.

The yacht was first presented in 2014 as Project Saffron, and according to reports, its length is estimated to be 163 meters (538 ft 1in).

As part of the royal fleet headquartered in the region, the vessel will join the Lürssen superyacht Al Said in the capital Muscat.

Eclipse is the third-longest superyacht in the world, built by Hamburg-based Blohm+Voss. Terence Disdale designed her exterior and interior.

Eclipse features two helicopter pads, 24 guest cabins, two pools, many hot tubs, and a disco. [8] Three launch boats and a mini-submarine capable of sinking to a depth of 50 meters are also included (160 ft).

To operate the vessel and service the visitors, a crew of approximately 70 people is required.

Eclipse has a missile detecting system installed for security.

It was commissioned for Prince Jefri Bolkiah of Brunei as a cooperative project between Blohm+Voss and Lürssen, but work on it ceased in 1998, leaving just the bare hull and skeletal superstructure.

The hull was sold to the Dubai government, and work on the 531.5-footer resumed under the command of the country’s ruler, Sheikh Mohammed bin Rashid Al Maktoum, this time by Platinum Yachts.

Dubai was delivered in 2006 and is now the sheikh’s royal yacht, featuring 24 guest rooms and 88 crew quarters. The seven-decked boat features a 70-foot-wide atrium as well as a landing platform.

Lloyd’s Register granted it full certification in October 2006, and it has a top speed of 26 knots.

The external was designed by Espen Ino, who created a full-bodied superstructure with long, flowing decks and two helicopter platforms.

Dilbar also boasts an 82-foot swimming pool that can store a whopping 6,357 cubic feet of water and is the world’s longest on a yacht, according to Lürssen. Winch Design’s interior is distinguished by “unique and special luxury materials,” according to the builder, who declined to elaborate.

The world’s largest motor yacht, according to Lürssen, was one of the most challenging ships ever built due to its size and technology. Despite Dilbar’s size, the designers did an excellent job of making the boat appear sleek.

The Sultan of Oman owns the luxurious yacht Al Said. Lürssen was commissioned to build the 155 m (508.53 feet) yacht in 2006. During its construction, the ship was code-named Project Sunflower. Al Said was launched in September 2007 at the Lürssen Shipyard and was the world’s second-largest yacht at the time.

In the months that followed, the yacht was finished and delivered to her owners in 2008.

The interior was created by the London-based Redman Whiteley Dixon studio, which contains a performance hall that can accommodate a 50-piece orchestra.

The exterior was designed by Tim Heywood Designs and has helipads on the foredeck and an additional deck amidships. A swimming pool is located on the lower aft deck.

The interior of the Terence Disdale has not been photographed by the German yard. The A+, which is said to be owned by Sheikh Mansour bin Zayed al Nahyan, the owner of Manchester City Football Club and the UAE’s deputy prime minister, has a top speed of 22 knots and can transport 62 passengers and up to 79 crew members.

Prince Abdulaziz is one of the Saudi royal family’s royal ships and one of the world’s largest motor yachts.

The yacht was the world’s longest and highest at the time of its delivery, measuring 147 meters (482 feet 3 inches). It held this position for 22 years until Dubai overtook it in 2006.

El Mahrousa (Arabic meaning “The Protected”) is an Egyptian presidential yacht that previously served as the country’s royal yacht.

It was built in 1863 on the order of Khedive Ismail Pasha by the British shipbuilding firm Samuda Brothers, and it was turned over to its Egyptian crew two years later.

It is the world’s oldest active superyacht.

The Nobiskrug Sailing Yacht A, which was delivered in 2017, has a stunning futuristic design.

The Philippe Starck design is a wild dream yacht of the future.

The German yard Nobiskrug won a technological success with the 468-foot sailing boat, which used composite fashion plates to produce the odd shapes without sacrificing strength or flow.

It features the world’s highest freestanding composite masts, a diesel-electric propulsion system, and cutting-edge navigation technologies. The keel of the boat is said to include an underwater viewing platform.