The Ultimate Fighting Championship (UFC) was formed by businessman Art Davie and Brazilian martial artist Rorion Gracie in 1993 at the McNichols Sports Arena in Denver, Colorado.

The early Ultimate Fighting Championship tournaments were held to determine the most effective martial art in a competition with few rules and no weight divisions involving contestants from various fighting disciplines.

Following these events, more stringent rules were established, and combatants began to incorporate effective techniques from multiple disciplines, resulting in the creation of a distinct fighting style known as today’s mixed martial arts.

A common observation among long-time fans of MMA and the UFC is that combatants in the lightweight and heavier divisions tend to appear shorter than the referee.

Several UFC fighters appear to be able to benefit from being shorter in stature and achieving outstanding outcomes.

Whatever the reason for their slender physiques, speculations are that tiny men may profit from using their excess weight allowance on their muscles rather than on their height hence, being smaller in stature may be an advantage for many UFC competitors.

A Mexican-American mixed martial artist, Hector Sandoval (born July 19, 1986, in Uruapan, Michoacán) represents his country of birth in his fights.

As a child, Sandoval relocated to Ukiah, California. Beginning his mixed martial arts training in 2006, he was just 19 years old.

It was in July 2008 that Sandoval made his professional debut, He fought for Palace Fighting Championship and Tachi Palace Fights in California before signing with the UFC in June 2016 following a four-fight winning streak.

Only one of his four fights in the UFC got to the judges’ scorecards during his brief time there.

At one point in his career, Sandoval knocked out Matt Schell twice in the first round before getting knocked out in 15 seconds by Dustin Ortiz, which led to Sandoval being dropped from the roster.

Toward the beginning of 2013, Serrano announced his retirement from wrestling to focus on his MMA career. In 2013, he fought in two unofficial MMA bouts, both of which he won.

Serrano inked an eight-fight contract with Resurrection Fighting Alliance in March 2014. However, he didn’t make his debut until he joined the cast of The Ultimate Fighter.

In May of the same year, Serrano was confirmed as a cast member of The Ultimate Fighter: Latin America. He was a bantamweight with Team Werdum.

Serrano lost his first fight on the show to Alejandro Pérez in a unanimous decision defeat.

He went on to have a couple of wins but on December 17, 2016, he competed in UFC on Fox 22 against Hector Sandoval. He was kicked out of the promotion after losing the fight by unanimous decision. 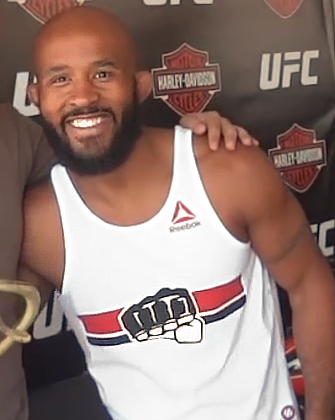 Would you believe that a boxer regarded as the best of all time is also one of the shortest? Strangely, former UFC champion Demetrious Johnson is just 5’3′′ (160 cm) tall.

Despite this, “Mighty Mouse” won the UFC flyweight championship, held it for six years, and defended it 11 times. Due to his dominance, the UFC intended to eliminate his weight class.

Despite his diminutive stature, DJ is a near-perfect “ultimate fighter” in every way. From skilled hitting to risky submissions, DJ was a difficult riddle to crack.

People seem to forget that he began his MMA career in the bantamweight class.

Dodson is one of the UFC’s shortest combatants. Although a few more fighters are 5’3′′, Dodson appears to be the smallest. He’s not the strongest flyweight, but he’s certainly one of the fastest.

Dodson trains exclusively at Jackson’s MMA. He found a way to harness his speed and agility to compensate for his lack of bulk and reach.

His MMA style is all about speed and blitzing. Despite being one of the shortest fighters, Dodson wields a lot of force.

His finest knockout was against former UFC champ TJ Dillashaw. 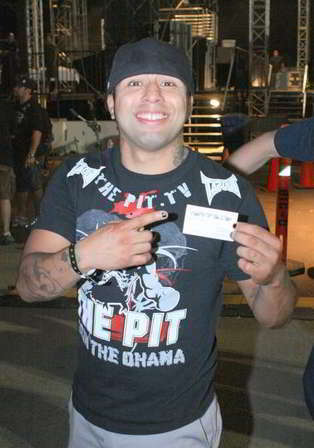 On this list, Antonio Banuelos is a rarity. He is the only fighter on this list that has only fought in the UFC once.

During his early career, Antonio had a winning record. Many of his opponents were forced to the mat, where he pounded them. He aims for the double leg, lifting and throwing his opponent.

Antonio’s results declined later in his career. He retired in 2014 after a loss against Joby Sanchez.

John Lineker, aka “Hands of Stone”, competed in the UFC from 2012 until 2019. His 5’3′′ height hasn’t hindered him from progressing in his combat career.

His nickname originates from his remarkable hand strength. When John cracks opponents at the appropriate time, they fall to the mat dazed. He responds with a barrage of punches to seal the victory.

Brooks is an excellent example of how good fighting abilities and hard practice can compensate for a lack of height.

Most people remember him from his brief UFC run of 2–2. But Brooks has fought for major promotions like “Rizin” and “WSOF”.

After beating a considerably bigger and taller Eric Shelton, he lost his next two fights, one to Deiveson Figueiredo.

Brooks avenged two losses by defeating the considerably taller Roberto Sanchez. In 2018, the UFC dismissed him just as he was rising in popularity.

Not many fighters have defeated Flyweight Champion Demetrious Johnson and later won the vacant Bantamweight crown; Henry Cejudo did all that and more. This gained him an unusual membership into the double champion club.

Cejudo entered MMA with a gold medal in wrestling from the 2008 Olympics. In the UFC, he used his outstanding wrestling skills as well as other techniques such as Karate.

Often criticized online for his height, Cejudo is one of the best UFC fighters ever.

Bruno Silva debuted in the UFC in 2009. Silva has won multiple knockout fights in his career, proving that even though he is little, he still packs a punch.

He, like Cejudo, battled at Flyweight and had mixed outcomes. Silva’s record in Brazil is far better, going 8-3 before joining the US organization.

Popularly known as “shorty,” Jose Torres is a 5-foot-4-inch fighter from Chicago, Illinois. Before going to Brace CF, Jose fought only twice in the UFC, beating Jarred Brooks and Alex Perez both times.

Jose had a seven-fight winning streak while fighting for Titan FC, which prompted him to join the UFC.

As a flyweight and catchweight competitor, Borg is well-known for frequently failing to meet his weight requirements. To put it another way: Even though Ray Borg is little, he is extremely strong and muscular for his weight.

With this frame, he won over the likes of Jussier Formiga and Smolka. It is possible that Borg’s weight troubles were a factor in his dismissal from the UFC in 2020.

After this, he joined the UAE promotion UAE Warriors in order to continue his career in the sport.

He is one of those unfortunate fighters who, after an impressive run, falters in title fights and is left empty-handed.

Demetrious Johnson and other opponents in the Ultimate Fighting Championship (UFC) were examples of this. Benavidez was a former WEC champion who lost to Dominick Cruz in the finals before joining the UFC.

Despite his reputation as one of the best Flyweight fighters in MMA prior to his streak of defeats later in his career, he is still considered one of the best. 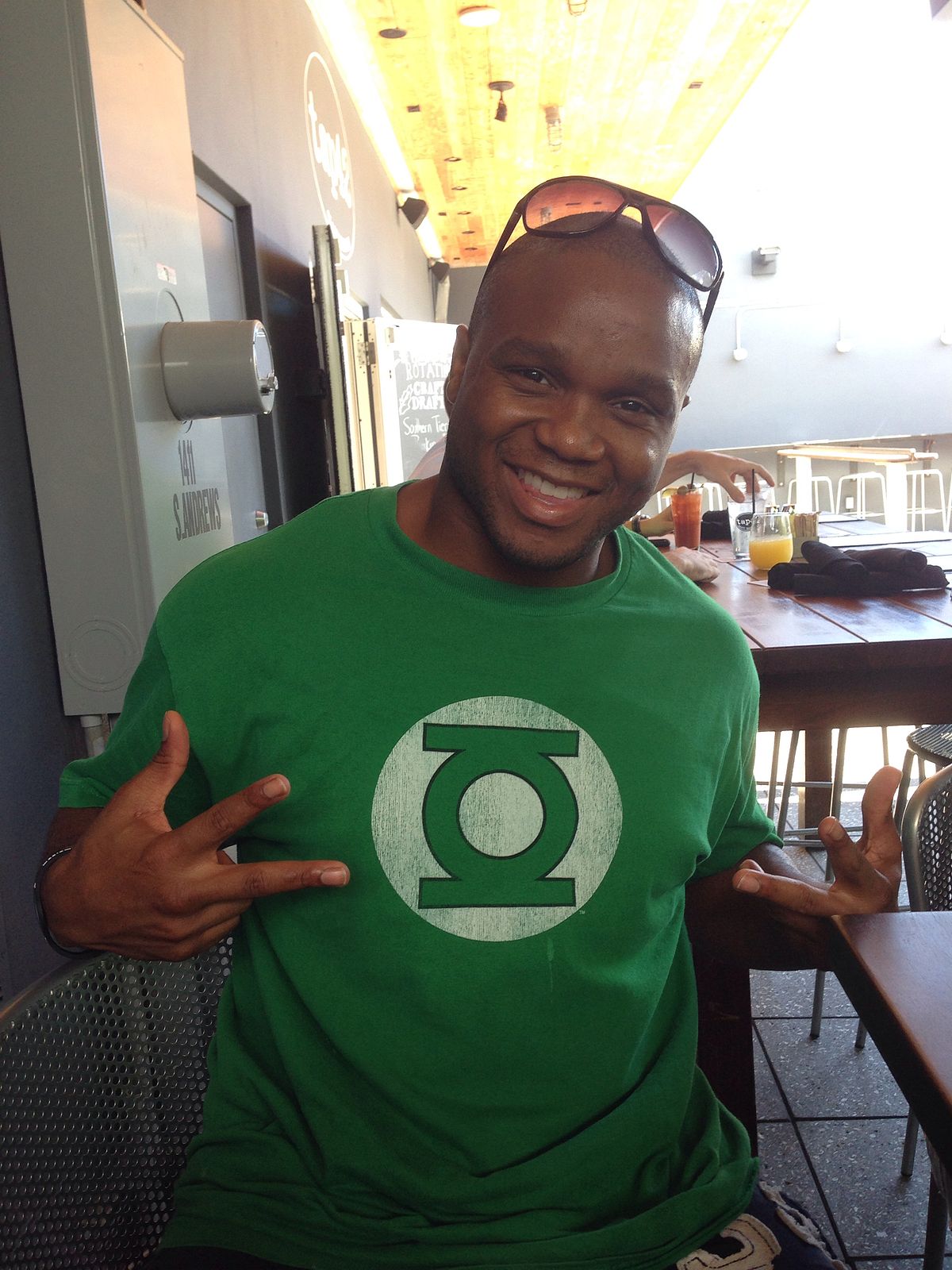 Marcus Brimage competed in the UFC as a bantamweight, and he even fought Conor McGregor at one point in his career.

Despite a promising start to his UFC career, Brimage suffered a string of defeats and was eventually released in 2015. Since then, Brimage has competed in several promotions, but his record has only been harmed by his lack of success.

Brimage’s fights are often decided by a draw or a decision, which is a noteworthy statistic. This means that he is extremely difficult to finish, although he rarely finishes his opponents.

To put it another way: You can expect a strong fight from him.

Zach Makovsky, better known by his stage name “Fun Size” is a lesser-known name on this list, but he was a UFC competitor from 2013 to 2016.

Zach stands at 5’4″ and has fought in the Flyweight category continuously since his professional debut in 2006 when he fought for the first time.

In his career, Zach has competed in a wide range of organizations, from Bellator to ACB to WFC to Brace CF after being released from the UFC.

Norifumi “Kid” Yamamoto, from Tokyo, Japan, was one of the shorter pros that competed in K-1, Shooto, and Shogun. He was active in the UFC from 2011 through 2015.

Sadly, he ended his UFC career with three consecutive losses and one NC (No Contest) in the following order; a loss to Demetrious Johnson, Darren Uyenoyama, Vaughan Lee, and a no contest to Roman Salazar.

Tim Gorman has a not-so-impressive MMA career, He retired in 2015 with a career record of 9-4 in various promotions.

He competed in the UFC twice, both times losing, earning the nickname ‘The Psycho’.

When he was arrested for narcotics possession in 2020 and released on $250,000 bail, this nickname wasn’t far off the mark.

Nicknamed”The King Puncher,” Ali is a 5-foot-4-inch man from Dagestan, Russia. He has competed in a variety of promotions, including Fight Nights Global, Brave CF, and the UFC.

During his tenure in the UFC, “The King Puncher” defeated the likes of John Lineker and Tim Elliott while losing to Demetrious Johnson.

Chad Mendes, who stands at the far end of  5’4″, had an incredible 11-0 record in his early career. In a fight for the Featherweight Championship, Jose Aldo put an end to this run.

In the future, he competed for this championship again, but lost to Aldo once more and subsequently to Conor McGregor. A skilled fighter and takedown artist, Mendes once defeated BJJ expert Jeff Glover in a duel of wits and strength.

In 2018, Mendes announced his retirement from mixed martial arts, with plans to switch to bare-knuckle boxing in 2021.