The hip-hop industry is diverse and does not limit anyone from exploring their talents and growing their careers. You can meet many people in this industry, from the tallest, shortest, biggest, smallest, and prettiest. It may be a surprise that you can find people taller than NBA stars in the hip-hop industry.

Some of these rappers have even used their height as an advantage in writing their lyrics. Maybe it is to show their strength or how big they are in the industry. Without saying much, here are the tallest rappers of all time.

Radric Delantic Davis, also known as Gucci Mane, is among the most popular Atlanta-based rappers in the industry. Besides his music, Gucci is also known for his tall stature, standing at 6 ft. 2 in. He has collaborated with other ATL-based rappers like Young Jeezy, T.I, and Migos. Gucci was arrested in 2014, and his prison release in 2017 presented a new start for him.

Although deceased, Ermias Joseph Asghedom, also known as Nipsey Hussle, was one of the phenomenon rappers of the new generation. He came into the West Coast hip hop scene in the mid-2000s as an independent artist. Besides his numerous career achievement, Nipsey was one of the tallest rappers standing at 6’2.5″. Nipsey is also a great entrepreneur, owning his record label and clothing store.

Christopher George Latore Wallace, alias Biggie Smalls or Notorious B.I.G, is an American rapper famous for representing the East Coast hip hop fraternity. Biggies are not only one of the greatest rappers of all time but also the tallest figures in hip hop. His name Biggie comes from his 6′ 2.5″ stature, weighing 395 pounds at his time of death.

Although he is taller than the average man, Machine Gun Kelly alias MGK is the shortest rapper on this list. Born Richard Colson Baker in Cleveland, Ohio, MGK released his first Album in 2012. This was his breakthrough moment, and since then, he has released multiple albums, mixtapes, and songs. At 6’3″, he is one of the tallest rappers of all time. Besides rapping, MGK has made appearances in different films, making him an all-around star.

Jayceon Terrell Taylor, also known as The Game, is one of the most successful signings by Dr.Dre at Aftermath records. The Compton-born rapper makes better use of his gigantic frame with over 65 tattoos covering his head to toe. At 6’3″, the Game is among the tallest rappers alive. He has referenced his height in many songs, which is pretty impressive.

G Eazy is among the many rappers who do not present themselves as rappers. Instead, he is infamous as the James Dean of rap for his dress and appearance. G Eazy stands 6 feet and 3 inches tall, making him the tallest rapper in the industry. He came into the limelight because of his relationship with Halsey, which was embedded in their platinum song ‘Him & I.’ 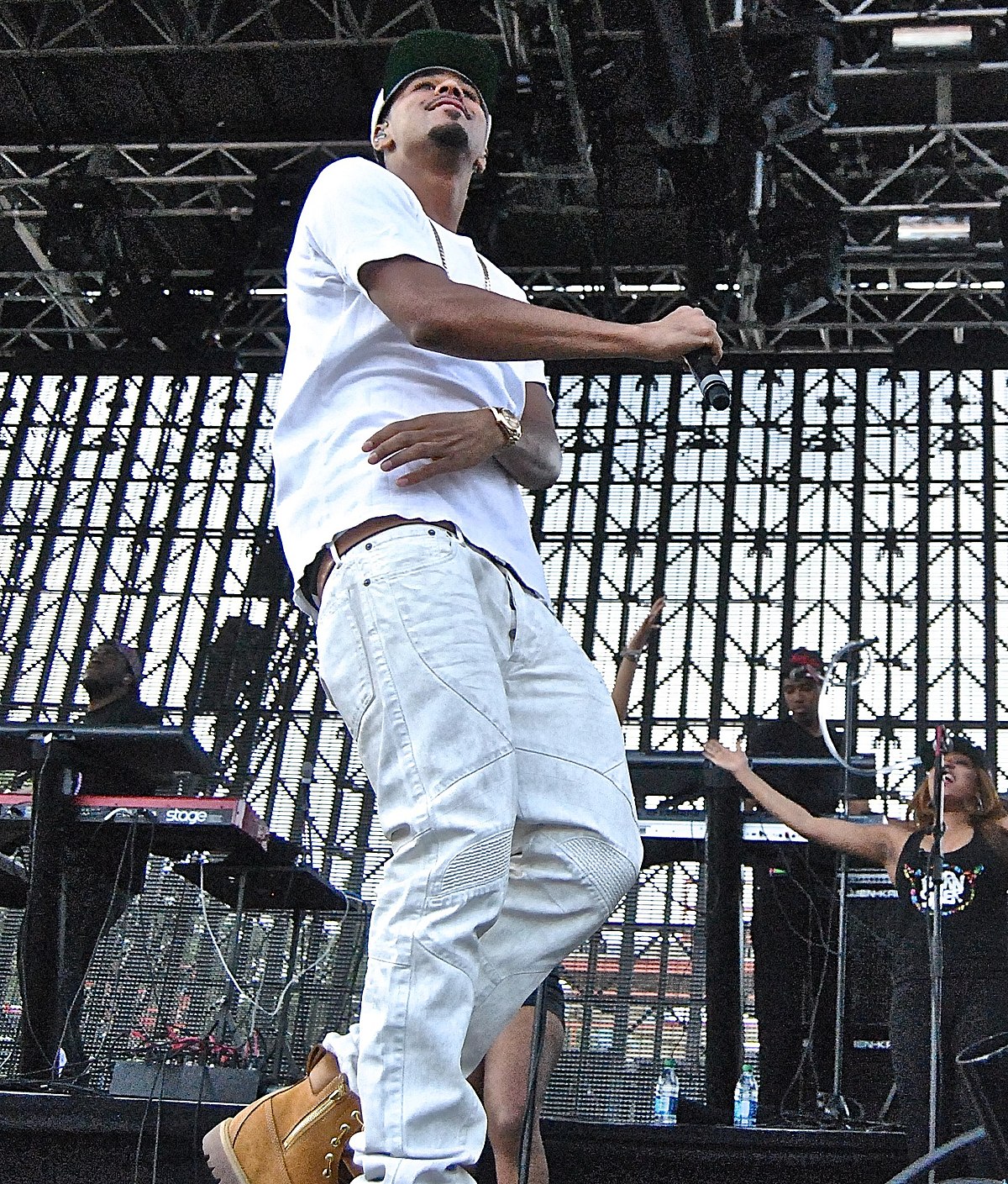 Jermaine Lamar Cole is one of the most significant figures in today’s hip hop scene, with punchy bars and mellow flow. He is always considered the King of hip hop, a title much contested by Kendrick Lamar and Jay Z. Outside music, J Cole is also a basketballer, made possible by his 6 foot 3.5 body frame. If you did not know him for basketball or his music, at least you now know him for his height.

Lawrence “Kris” Parker, famously known as Teacher/KRS-One, is an American rapper and lyricist from New York. KRS started his career as part of a hip hop group called the Boogie Down productions. Although he is from a different generation of hip hop, he has inspired many artists along the way. At the same time, he is the 5th tallest rapper to ever hit the stage at 6 ft. 4 in. 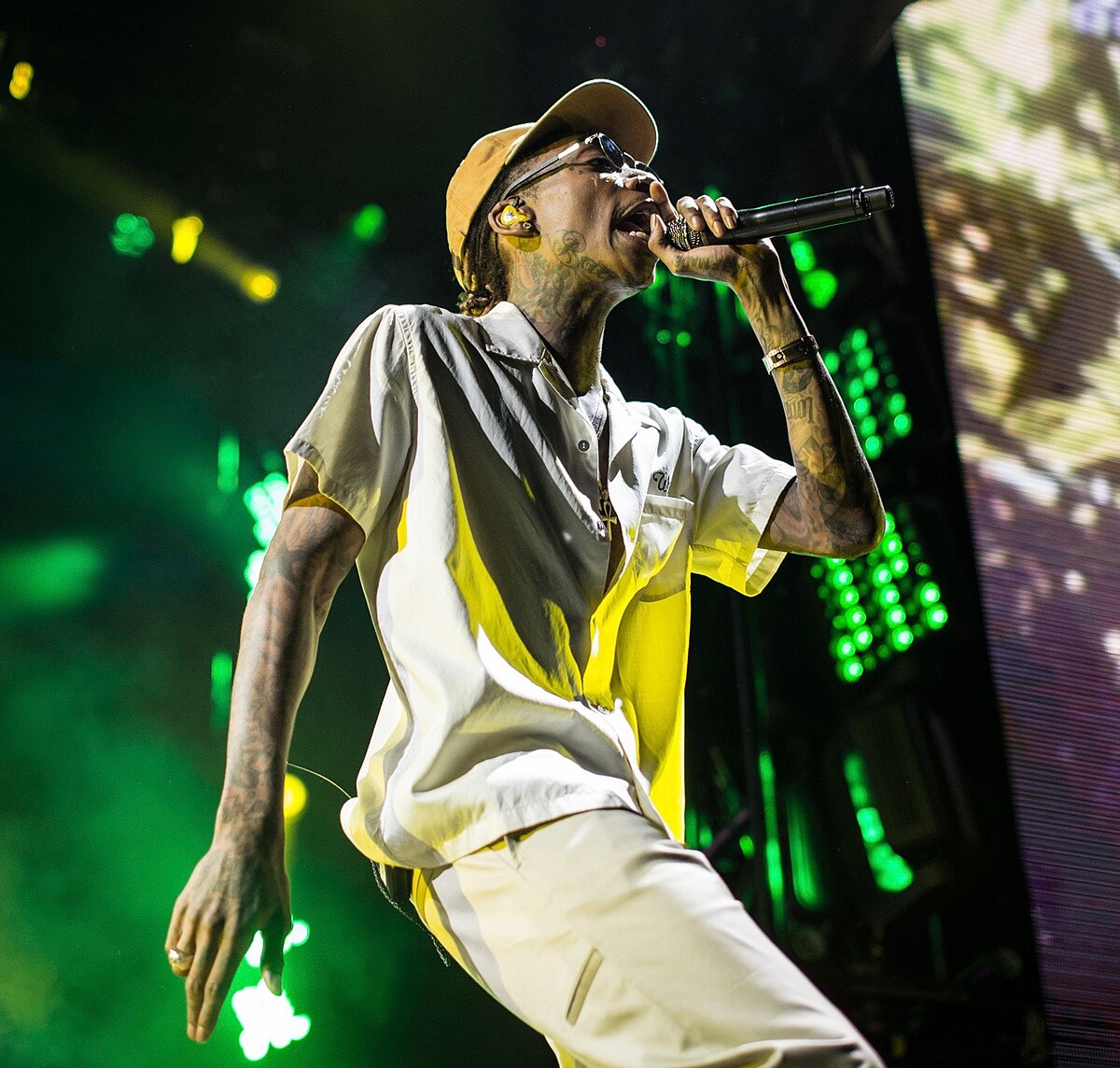 Born Jibril Thomaz in Minot, North Dakota, United States, Wiz Khalifa is a multitalented singer, rapper, and songwriter. His first album ‘Show and Prove,’ released in 2006, got him a signing at Warner Bros records. Even though he has gained more popularity for smoking weed, Wiz Khalifa is one of the tallest rappers alive. However, he stands at 6 foot 4 inches, weighing roughly 181 lb., so he is pretty skinny.

Antoine Raimon Rogers, better known as Bobby Creekwater, is an Atlanta-based rapper and former member of Shady Records. He has been active in the rap scene since 2004 and has featured in various tracks with Eminem, Akon, and Nate Dogg. Bobby Creekwater is roughly 6 foot 4 inches tall and among the top ten tallest rappers.

Snoop Dogg has evolved from man to Dogg to lion. But, whether you call him Snoop Dogg or Snoop lion, he is still one of the phenomenal rap figures. Standing at 6’4″, Snoop has been mentioned severally among the tallest rappers. He first came into the music scene in the mid-90s alongside Dr.Dre, who later signed him to the label Deathrow. He has juggled many careers along the way, even writing a cookbook with Martha Stewart.

Wacka Flocka Flame is the son of Debra Antney, former Gucci Mane’s manager and talent manager. This shows the level of musical influence that has shaped his career. Besides his high-grossing music records, Waka Flocka is also a very tall guy, towering over other rappers at 6’4″. He has known Gucci Mane since he was 9 and followed his footsteps in the rap game.

Despite not being the famous guy on the list, Kia Shine still gets his name mentioned among the tallest rappers ever. He stands at an impressive 6’5” and is the co-founder of Rap Hustlaz with Jack Frost. Kia Shine has also worked with famous figures in the industry like Drake and has received 4 BMI awards and a Grammy nomination.

2 Chainz is one of the most familiar names in the Atlanta hip-hop scene and still holds a high position in the industry. He has been featured in various tracks by artists like Drake, Lil Wayne, and Gucci Mane. At 6 foot 5 inches, he is a talent on his own and is still very active.

Dave East was discovered and signed by Nas and was featured in the 2014 XXL Freshman Class. Dave East is 6 foot 5 inches tall and is one of the conscious rappers in the mainstream hip hop scene. Unfortunately, East has seen the worst side of life growing around New York street gangs, leading to his arrest. Upon release, he converted to Muslim and decided to be a full-time rapper.

Andre Nickatina is an American rapper from San Francisco, LA, who formerly went by the name Dre Dog. Andre L. Adams (his real name) is around 6 feet and 5 inches tall and is one of the tallest rappers alive. At 52 years old, Andre Nickatina remains active in the rap industry.

While most people on this list are known for making great music or movies, Big Lurch is a different case. While he had a promising career, Big Lurch lost it all after being convicted of murder. The 6 foot 6-inch tall rapper is a former rap group Cosmic Slop Shop member. He released his first album ‘It’s All Bad’ in 2004, putting him in the limelight. But unfortunately, he is serving a life sentence for murdering and eating parts of his girlfriend.

Born in Minnesota, Yung Gravy is not one of the mainstream rappers but has had a successful career on his own. Yung Gravy is 6 foot 6 inches tall and is one of the most successful Soundcloud rappers. Gravy has released multiple mixtapes and albums, completing seven international world tours.

Slim Thig, alias Stayve Jerome Thomas is an American rapper who became famous for collaborating with Mike Jones on the track ‘Still Tippin.’ He later released his debut album in July 2005, which attained number 2 on the Billboard 200 chart. Slim Thug is slim and tall, standing at 6 foot 6, making him the second tallest rapper ever.

The tallest rapper on this list probably caught you by surprise. While most people know him for his basketball achievements, Shaq is a multitalented man juggling multiple careers. Shaquille is 7 foot 1 inch tall and one of the tallest basketballers ever. He started his rap career in 1993 after releasing his first Album, “Shake Diesel,” and followed up with more songs.

Next time you hear a rapper referencing their height in their songs, they speak facts and walk the talk. This list is not entirely exhaustive because there could be other taller rappers whose heights we have not found. Nonetheless, it is enough to give your insight into a few rappers who are living tall.