We have all at one time or another, witnessed the massive building that resembles a giant fan with enormous blades. Just in case you’re curious, that’s a windmill. And in this essay, we will tell you all about it, and bring you up to speed on the tallest windmills in the world right now.

One of the most important inventions that let our ancestors harness the wind’s energy for a wide variety of purposes, from the most basic tasks like grinding grains and pumping water to the most complex industrial and agricultural tasks are windmills.

Back then, grinding grain was the primary function of windmills. It was also put to use in land drainage and water pumping in some regions. Most commonly and widely today, windmills are utilized to generate electricity.

Here’s a list of the tallest windmills in the world and all you need to know about them. N.B The tallest working and nonworking classic windmills from all across the world can be found here on this list. However, modern wind turbines are not included. 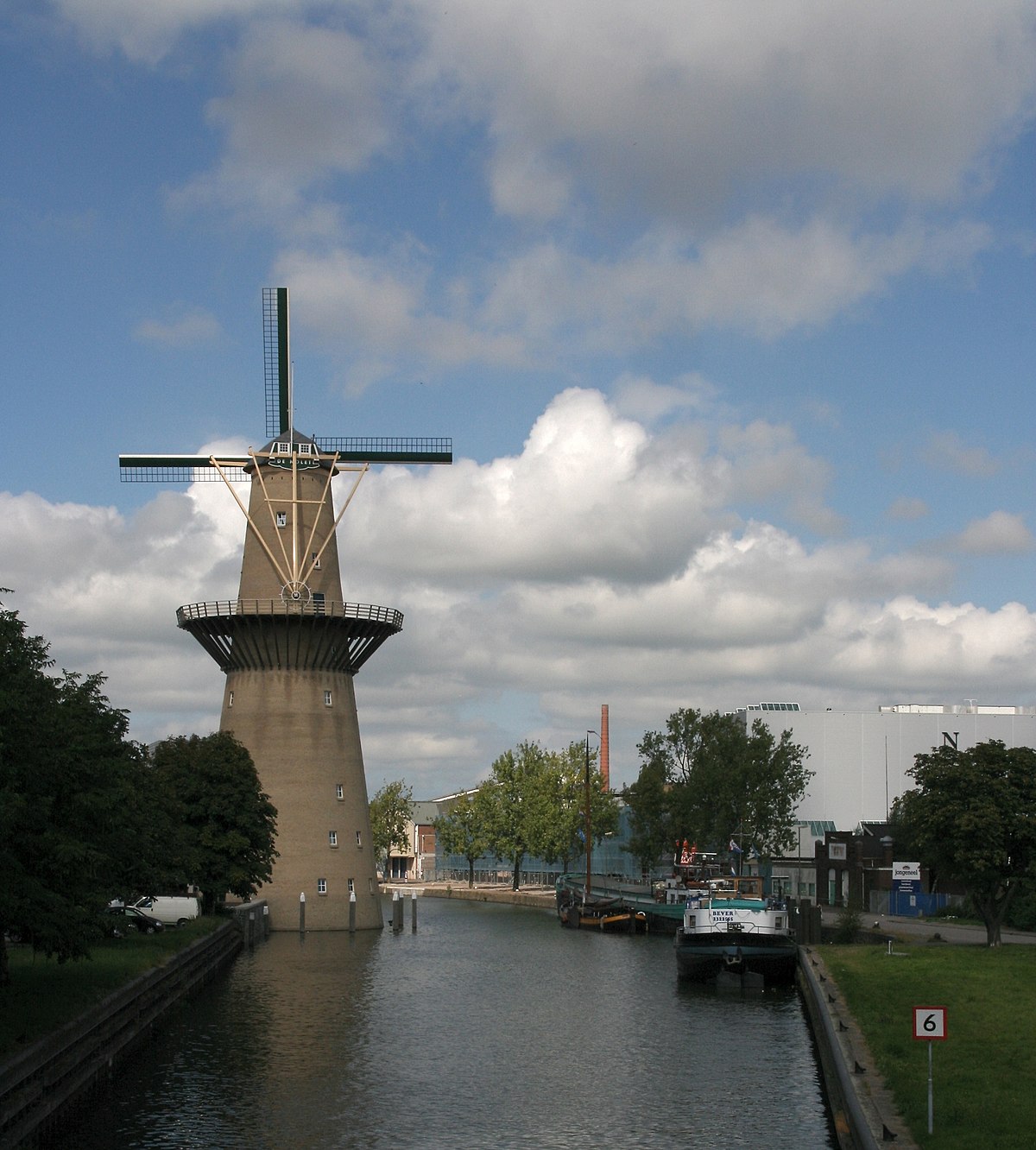 The De Nolet wind turbine, located in Sheepdam, Netherlands, was designed to evoke traditional Dutch windmills. When it was completed in 2006, it set a new record for the tallest “classically” designed windmill anywhere in the world.

Unlike its forerunners, the Nolet mill does not serve as a gristmill, but rather is utilized to generate electricity for the Nolet distillery. Although water mills were frequently retrofitted to serve as small hydropower plants, classic windmills are much less frequently used in this capacity.

The mill in the cap has a generator with a nominal 150 kilowatts of electrical output. Approximately 250 MWh of electricity is produced each year by the mill.

As a replacement for his demolished Bixley smock mill, Charles Clare had the Bixley tower mill constructed in 1838. It had 11 stories and measured 38 meters to the curb, and 41 meters to the cap top, making it the highest building in the county and probably the country at the time.

The mill’s foundation is 42 inches thick and has a diameter of 43 feet. Although it could turn 5 sets of stones, in 1857 it was supplemented by a 4-story steam mill powered by an engine designed and constructed by Thomas Smithdale.

The mill’s cap was designed like a boat, and its gallery and six-bladed fan were both visible from the ground.

It took the Council of the City of Cologne 12 years to make a final decision in favor of allowing the new windmill to be built.

From the ground level of the roadway to the top of the tower’s cornice, a total of 32 meters was added, for a total height of 39.5  meters. In 19th-century depictions, the mill’s top was designed like a boat. There were nine stories in the tall windmill.

The structure, variously known as the Neu-, Pantaleon’s-, or Bachmühle, was owned by the city until 1832 when it was auctioned off alongside the Bottmühle for 5,500 thalers

Arnhem, Gelderland, Netherlands is home to the tower mill De Hoop (English: The Hope), which was constructed in 1846 and is still in operation today.

In 1931, the wind no longer powered the mill, and its condition worsened until 1975.

After being purchased by the Gemeente Arnhem in 1975, the mill was renovated in 1977 and reopened to the public on National Mills Day in 1978. The mill was officially designated for weddings in January 1999. Besides this one, the only other windmill in the Netherlands to receive this designation is the Molen van Sloten in Sloten, North-Holland.

The tallest point of the massive mill is 38 meters.

The GT Yarmouth Southtown tower mill, also known as High Mill or Press’s Mill, was one of the highest windmills ever constructed in Europe at 37 meters to the top of the 20-foot lantern.

The lighthouse function of the lamp was the primary reason for its installation. It was believed that carts could drive into the mill and load up within the tower because the base of the mill had an outside diameter of 40 feet (sometimes recorded as 46 feet) and the walls were 3 feet thick. 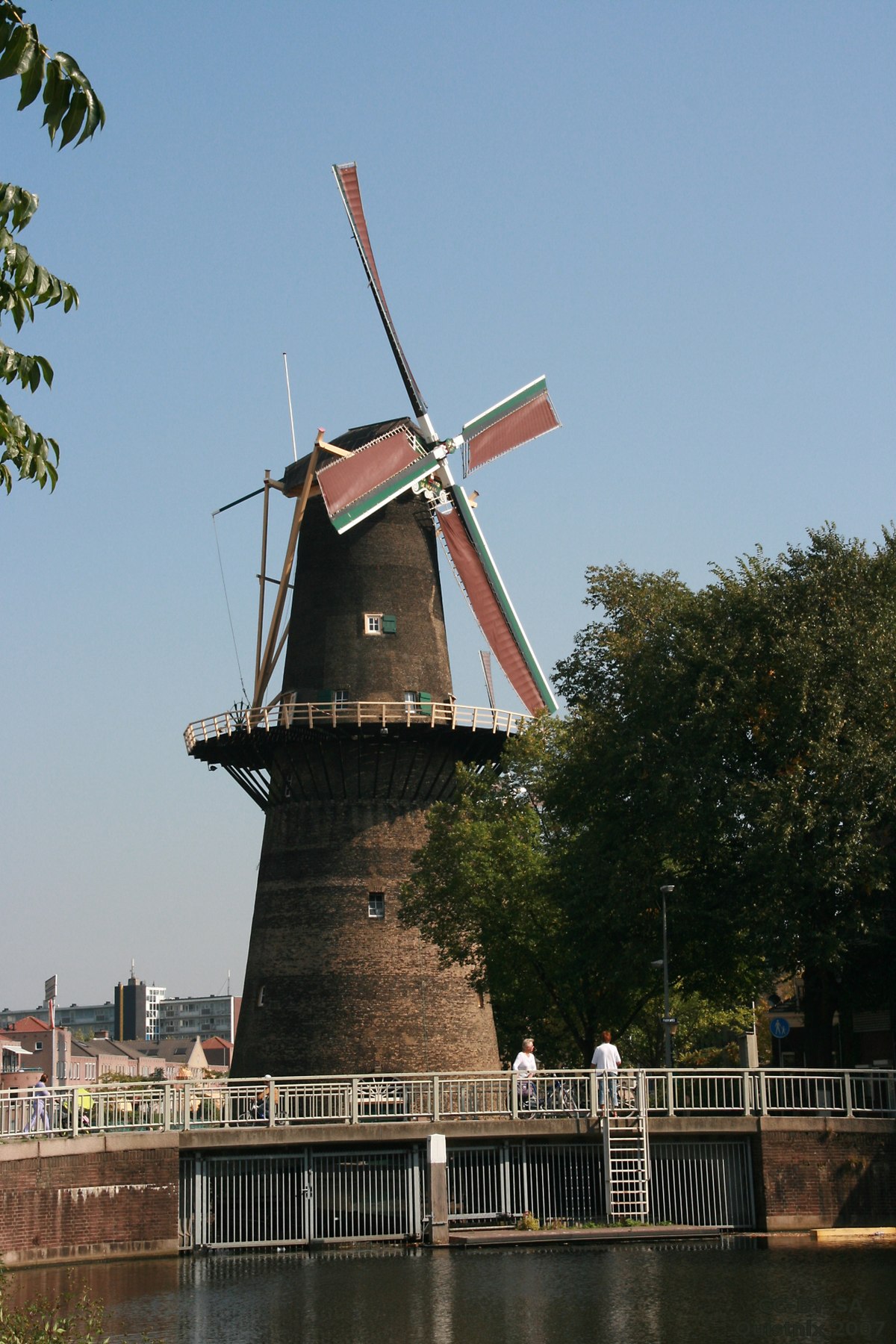 Located in Schiedam, South Holland, Netherlands, the windmill known as “De Noord” is a popular tourist attraction. For some time, it stood as the tallest windmill in the world.

There was a halt to milling activity in the early 1930s. In 1937, the structure’s cap was destroyed, leaving behind merely a single stump. The city of Schiedam purchased the monument tree in 1955 intending to maintain it as a historical landmark.

The upper half was reconstructed at its original height in two stages between 1962 and 1971. Both the wind-powered drive and the grinder were repaired and restored to working order.

Currently, a restaurant operates out of De Noord. 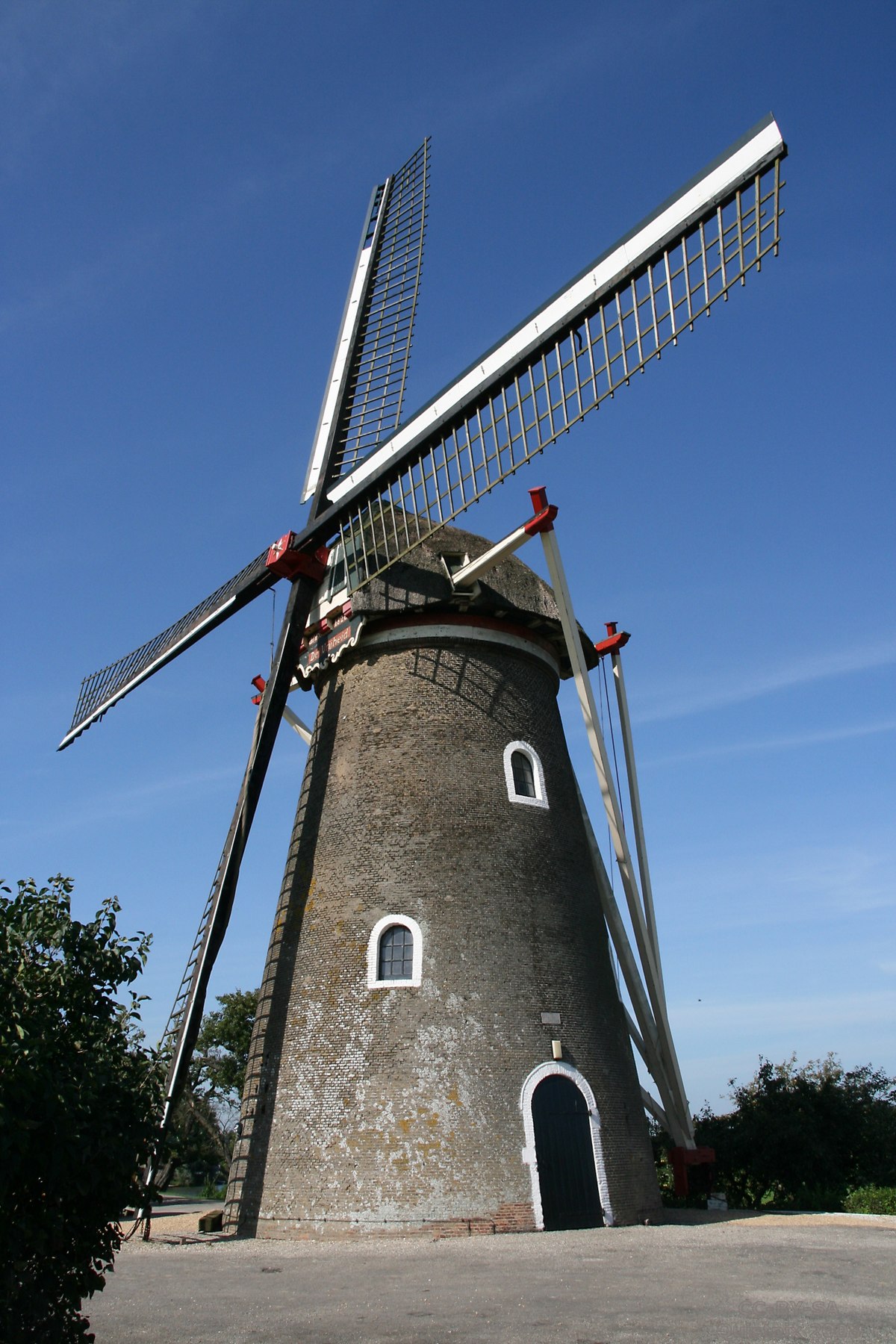 Originally constructed in 1785, the tower windmill De Vrijheid underwent a restoration in 1972–1974. In terms of windmill size, it is up there among the biggest in the world. Still in regular use today, it mills ingredients for local bakeries and distilleries (gin distilleries).

The windmill is one of a kind since so many of its original components have been preserved. The upper shaft of the windmill is made of cast iron that was originally poured in Schiedam. It has a long history and is the eldest of its kind in the Netherlands.

De Vrijheid, which was once abandoned for many years, is operating as a mill again. It has three milling stones that have been installed. One of them is powered by an electric motor as an auxiliary.

De Palmboom’, a windmill in Schiedam, was constructed in 1781 specifically to grind the ingredients used to make jenever.

After a devastating fire in 1901, the historic mill known as De Palmboom was reconstructed as the museum mill De Nieuwe Palmboom in 1991 and 1993.

The museum now depicts Schiedam’s mills and jenever’s development from grain to finished product. The museum also shows a scale replica of Schiedam from 1847, complete with all of the city’s windmills from the 19th-century jenever boom.