The average height of NBA players is 6ft 6in. However, the height difference among players is quite evident. The tallest player is 7-foot-7, and the shortest one is 5-foot-3. There have been more than ten players in NBA history who were 5-foot-9 or shorter.

These players have managed to break the stereotypes and prove that sometimes size may not affect how one plays their game. The small population of short NBA players has proven great in their careers, earning many points and assists.

Some have even played in the league for more than ten years. Here are 23 of the shortest players who made it to the NBA.

Tyrone “Muggsy” Bogues is perhaps the most popular name among short NBA players. He is still the shortest player ever to wear an NBA jersey in the history books.

He was only 5ft 3in tall and was drafted in 1987 by the Washington Bullets.

Earl Boykins was undrafted in 1999 because of his short stature. He was only 5ft 5in and weighed 135 pounds. He made his debut with the New Jersey Nets and became a decent player.

Spud Webb is widely known in the NBA fraternity for his crazy dunk tactics. He was drafted in 1985, playing for the Atlanta Hawks, where he averaged 7.8 points in 15.6 minutes in every game.

He also goes down as one of the shortest NBA players ever. He stands at a mere 5 feet and 6 inches, and this did not stop him from winning the 1986 dunk contest.

Keith Jennings is one undrafted NBA player who could go down as a forgotten player. The Golden State Warriors signed him for the 1992-93 season, aged 24.

Greg Grant was the 52nd overall pick in the 1989 draft, and he mostly played as a backup point guard. His seven-year career saw him play for six teams, with the best season in 1991-92.

He is also the fifth-shortest NBA player in history, with a height of 5ft 7in.

Charlie Criss is the only official player to wear the NBA uniform measuring only 5 feet 8 inches. He played for eight years, from the late 1970s to the early 80s.

He was mostly undrafted and only made his NBA debut when he was 29. He ended his NBA career aged 36 with an average of 8.5 points.

Isaiah Thomas had an excellent run in college, but teams still had doubts about drafting him. He was drafted by the Sacramento Kings in the 60th pick before he could fall further.

However, he managed to get better at scoring despite being short at only 5ft 8in. Thomas is one of the best guards in NBA history. 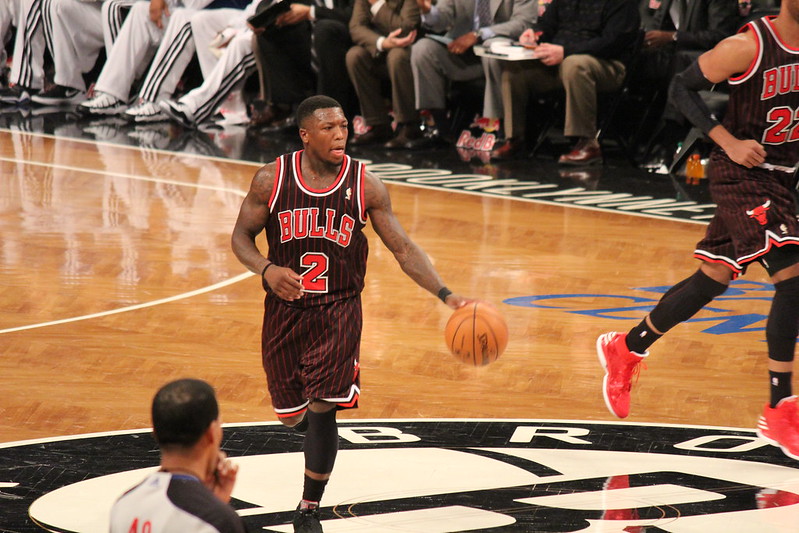 The New York Knicks drafted Nate Robinson as their number 21 in the 2005 draft. At 5ft 9in, Nate focused on athleticism and jumping abilities.

His best season was in 2008-09, when he just played 11 games averaging 17.2 points. He additionally won the NBA All-star weekend dunk contest three times.

Calvin Murphy spent his entire career playing for the Houston Rockets since being drafted in 1970. Despite being 5ft 9in tall, he was more of a shooting guard than a distributor.

Kay Felder was drafted in the second NBA round, being the 54th overall pick in 2017. His 5ft 9in height was the biggest worry about whether he would cut it in the NBA.

However, his weight did not do him much good. He played one season in Cleveland before moving to Chicago Bulls and then one game with the Detroit Pistons.

Michael Adams had one of the best careers in NBA history and was picked in the third round of the 1985 NBA draft.

He was drafted 66th overall by the Sacramento Kings, playing only 18 games before his release.

Andre Barret is one of the shortest undrafted guards who got his NBA breakthrough with the Houston Rockets and Orlando Magic in 2004-05.

He was only 5ft 10in, which might explain why he did not have a great career. He retired at age 25, ending his career with 3.3 points in 67 games.

Tyus Edney was drafted number 47 overall by the Sacramento Kings in 1995. Tyus Edney started 60 games in his first season, giving him the best year of his career.

He averaged 10.8 points and 6.1 assists in his first year. At only 5 feet, 10 inches tall, Tyus played a reserve role for the Sacramento and Boston Celtics before going overseas.

Khalid El-Amin was picked by the Chicago Bulls second round of the 2000 draft. Khalid was only 5-foot-10 weighing roughly 200 pounds, meaning he struggled with his weight.

In his first year, he played 50 games averaging 6.3 points in 14 of those games.

Chris Garner is only 5ft 10in and was mostly undrafted because of his height. He only spent 38 games with the Toronto Raptors in 1997-98, playing 7.7 minutes each game.

He has played for the now-defunct CBA and the Golden State Warriors before retiring at age 25.

Avery Johnson, alias “The Little General,” is one of the undrafted free agents with a great career despite being short.

He was only 5-foot-10 when he started playing with the Seattle Supersonics. He made a name for himself at San Antonio, winning a championship. His best season was in 1995-96, where he averaged 13.1 points.

Despite being under six feet tall, Damon remains one of the highest-drafted players. He was number 7 in the overall draft by the Toronto Raptors in 1996.

At only 5 feet, 10 inches, Damon Stoudamire was nicknamed “Mighty Mouse” for his fearsome playing style. He was a good distributor and scorer early in his career.

When playing for the raptors, Stoudamire averaged 19.3 and 8.8 points before heading to Portland Trail Blazers.

Brevin Knight was number 16 in the 1997 draft pick by the Cavaliers and had a great NBA career all along. Despite being 5ft 10in, Brevin was very capable of hitting three-pointers like never seen before.

He only played for 13 years as a starter, and out of 729 games in his career, he managed 16 three-pointers.

Mike Wilks was drafted into the NBA in 2001 as a free agent and played no games despite being signed with the Sacramento Kings.

He finally played his first game in 2002-03, playing for Minnesota Timberwolves and Atlanta Hawks. He ranked among the top 20 shortest NBA players at only 5-foot-10 and played consistently until 2010.

He played for eight teams averaging 2.5 points in 9.6 minutes per game.

Although he was an undrafted rookie, Scott Brooks had one of the best careers in NBA history. He played all 82 games and 680 games overall in his NBA career in his first year.

Scott was only 5ft 11in, making him a few inches shorter than the typical NBA star. He averaged 4.9 points per game and 37.2% three-point range in his entire career. In 1994, Brooks won a championship playing for the Rockets.

Speedy Claxton was the 20th selection in the NBA draft of 2000. He was known as “speedy” and played as a backup point guy. Despite being 5 feet, 11 inches tall, Claxton was a great scorer. His best year came when he played for the New Orleans Hornets, playing 71 games averaging 12.3 points. His career ended at age 30 after hurting his knee.

Terrell Brandon was the 11th pick in the 1991 NBA draft, signing with the Cleveland Cavaliers as a reserve. He started working with the Cavaliers, where he became an All-Star aged 25.

He was only 5ft 11in tall, but his great skills saw him play for Milwaukee Bucks and the Minnesota Timberwolves.

John Lucas III made it to the NBA in 2005-06, warming the bench at Houston Rockets. He later played in Italy, Spain, and China before moving back to the NBA, playing for Chicago Bulls.

He later played as a regular point guard at only 5 feet 11 before playing as a reserve for the Minnesota Timberwolves.