Physical appearance seems to be an advantage in the rap industry besides having the best bars and rhymes.

Height does not matter to most rappers, provided their personality is in order. Great personality and determination make the difference and make up for any deficiencies.

A few rappers like Bushwick Bill have been discriminated against for being dwarfs, but that did not stop him from being one of the greatest names ever.

Here is a list of the 24 shortest rappers who have gone to greater heights beyond their physical appearance.

Richard William Stephen Shaw, alias Bushwick Bill, might be the shortest rapper ever. The Jamaican-American rapper was only 3-foot-8 tall and gained fame as a member of the Geto Boys, a Texan hip hop group.

Kimberly Denise Jones, famously known as Lil’ Kim, is known for many other things besides being a rapper. The rapper is only 4-foot-9, making her the shortest female rapper worldwide.

Besides her rap career and height, Lil’ Kim has been at the center of controversy for plastic surgery and facelifts.

She became a big hit in the industry in the 1990s, working with big names like the Notorious B.I.G and Puff Daddy (P Diddy).

Lil Chuckee was once the youngest rapper in history to be signed by a major record label. Lil Wayne discovered him in a video shoot and chose to sign him. Even today, Lil Chuckee is one of the smallest rappers at 5-foot-1.

Melissa Arnette Elliot, aka Missy Elliot, is another short rap artist that would not miss out on this list. Her height is only 5-foot-2, making her the third shortest rapper in the world.

She started her career with an all-girl group, “Sista,” in the mid-1990s. In 2017, Billboard announced that Missy Elliot is the best-selling female rapper in music history.

Foxy Brown is one famous American female rapper considering her fame back in the 1990s. Foxy Brown is also among the shortest rappers globally, being only 5-foot-2.

She started her rap career working with the hip hop group “The Firm,” performing alongside AZ, Nas Cormega.

Born Eric Lynn Wright, Eazy-E was a great influence in the hip-hop world before his untimely death. He is also one of the shortest rappers ever to exist, standing at 5-foot-3.

Despite being one of the shortest rappers ever, his name as “The Godfather of Gangsta Rap” is still big.

Jermaine Dupri is only a half-inch taller than Eazy-E. He is more of a record producer than a rapper, but he fits on this list.

He has worked with some of the most significant hip-hop acts, like the trio Silk Tymes Leather and teen duo Kris Kross.

Lil’ Zane, formally known as Zane R. Copeland Jr., is an Atlanta-born American Rapper born in 1982. He came into the limelight with his debut studio album called Young World: The Future in 2000.

He is also among the shortest rappers globally, being only 5 feet and 4 inches tall.

Dwayne Michael Carter Jr., alias Lil Wayne is a phenomenal rapper with a huge footprint in the hip hop industry. Apart from his extraordinary bars and rhymes, Lil Wayne is also known for his short stature.

The “Greatest of All Time” rapper is only 5 feet and 4 inches tall. He was signed to Cash Money Records aged 12, making him the youngest Cash Money member in 1995.

Algernod Lanier Washington is an American-born rapper famously known as Plies. He is also short at only 5-foot-4, and started his career after dropping out of college. He built his career by releasing four studio albums between 2007 and 2010.

Madeintyo is an Atlanta-based artist and one of the shortest rappers around. Standing at just five-foot-four, he has worked so hard to grow his fan base in America and worldwide.

His name is pronounced “Made in Tokyo,” considering he spent most of his years in Japan because his parents lived a military lifestyle.

Cardi B has changed careers over the years before becoming a full-time rapper. She has been one of the biggest rappers globally since the success of her hit single “Bodak Yellow.”

Cardi is also pretty short, only towering at five feet and five inches.

Jonathan Smith, also known as Lil Jon, is a very fun-loving individual known for his hype. Seems like he has not changed much from his childhood.

Lil Jon also makes it to the list of the shortest rappers globally because he is just 5-foot-6. Lil Jon developed his DJ skill in his family’s basement, where his parents permitted him to hold parties.

Even though he goes by the name “Big Boi,” the rapper is somehow short, only being 5-foot-6. Born Antwan Andre Patton, the rapper is known for his work in the hip hop duo Outkast alongside Andre 3000.

Kendrick Lamar is one of the few artists to be under 5-foot-8 tall. The Compton rapper is only 5 feet and 6 inches tall, making him one of the smallest rappers in hip hop.

But being small has not stopped him from achieving massive success. Kendrick Lamar is currently one of the best rappers, with albums topping the Billboard.

Bow Wow, formerly known as Lil’ Bow Wow, came into the limelight as one of the youngest rappers of his time. He was only thirteen years old when he released his debut album, but now he is all grown, standing 5-foot-7.

He is still one of the shortest rappers globally, and it is only right that he gets a feature on this list.

He gained mainstream popularity in 2009 and has been consecutively active in the industry. He later rebranded himself into a full-time pop artist and has been doing pretty well.

DJ Khaled is a great hip-hop producer and rapper with multiple Grammy awards. DJ Khaled is also one of the shortest rappers, only 5 feet and 7 inches tall.

Khaled is known for his humorous antics and social media interaction, making him one of the most active rappers online and offline.

Eminem, popularly known as Marshall Mathers, is only 5’8, making him an inch shorter than the average American man. Eminem came into the limelight in the late 1990s working with Dr. Dre and other hip hop figures.

He is known for his versatile rapping style with extraordinary rhyme schemes and humorous lyrics. At this point, Eminem is the most outstanding white rapper and is still unchallenged.

Ludacris might only be 5-foot-8, but he did a lot of work pushing the popularity of the “dirty south” rap genre.

He has been present in the rap industry since the early 2000s, and at the peak of his career as a rapper, he shifted to acting.

He has been part of the Fast and Furious franchise alongside Vin Diesel, Tyrese Gibson, and more. 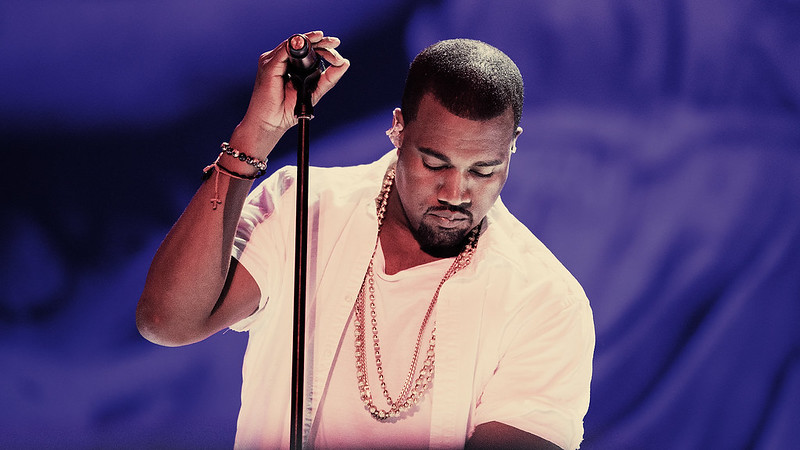 Kanye West could be the most popular shortest rapper on this list. He is only 5-foot-8 but a musical genius. He has gained international recognition from tacks like “Gold Digger,” “Stronger,” and “Heartless.”

He was also married to TV personality Kim Kardashian who is only 5-foot-2.

T-Pain is known for his hit single “Bartender,” but not many people know that he is one of the shortest rappers in the world.

T-Pain is only 5 feet and 8 inches tall, slightly below the average height for an American male. Born Faheem Rasheed Najm, T-Pain also holds some Grammy awards alongside Jamie Foxx and Kanye West.

Do not let his name trick you into thinking that the artist is tall. Big Sean is only 5-foot-8 and made it to the limelight around 2013-2017.

Big Sean is also one of the best rappers, known for his deep lyrics and catchy flow. He is currently involved with musician Jhene Aiko.

Born Clifford Joseph Harris Jr., T.I is an Atlanta-based hip-hop artist who has made a name for himself in the rap industry. He has been active for many years, adapting to different styles.

T.I is also one of the shortest rappers globally at only 5-foot-8. He pioneered the “Trap” genre, a big trend today. He might be short, but he is taller than his wife, Tiny Harris, who is only 4-foot-11.